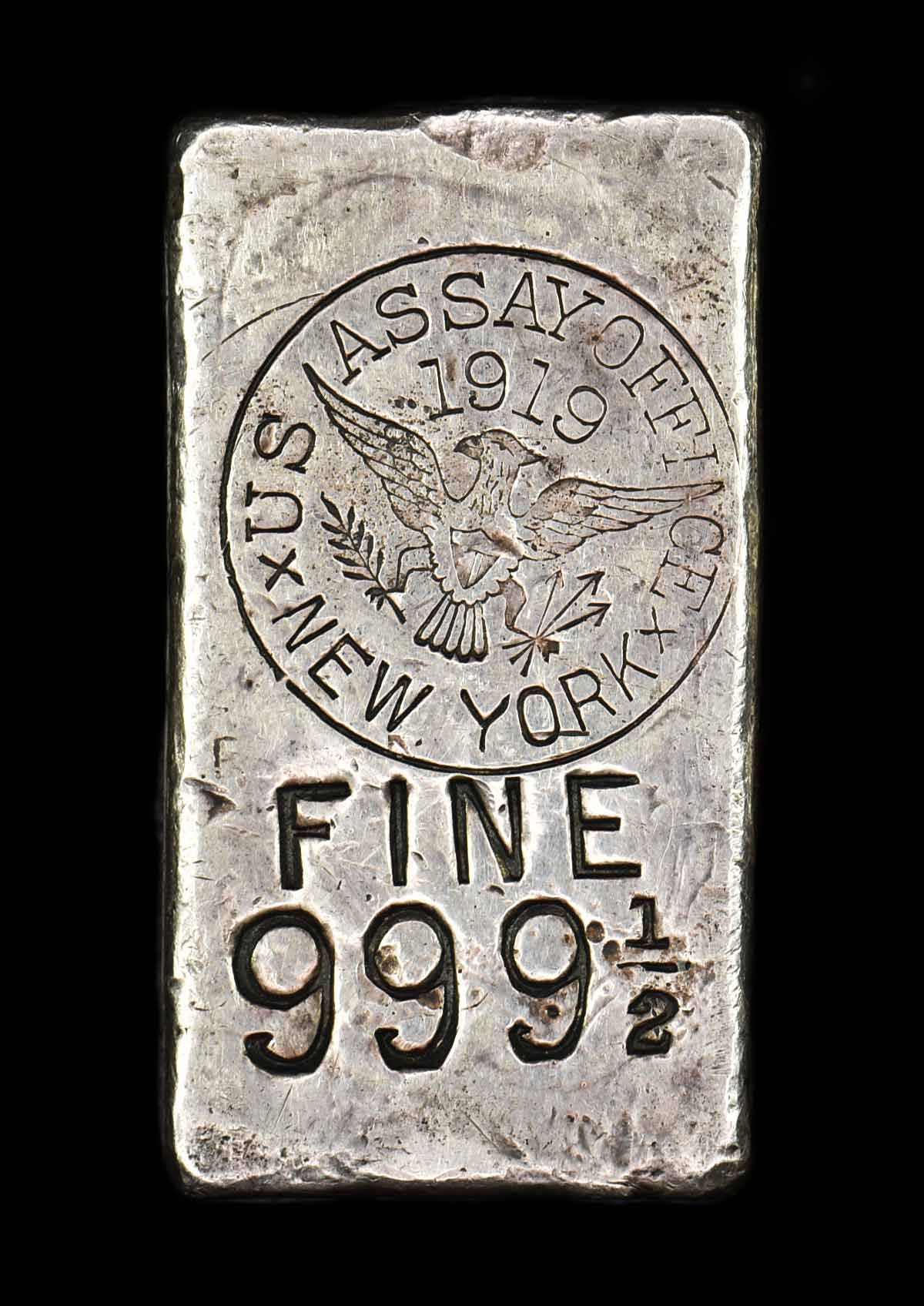 Thanks to Bryce Brown's Auction Catalogs, I have been able to acquire an original American Numismatic Association Convention Auction catalog as well as an original Settlement Price Sheet from the Detroit 1984 ANA auction, adding to the provenance of this ingot.

The hallmark placement, rotation and strike, as well as all other markings, including the weight, serial and lot numbers are superb.  The weight of 6.27 ozs is on the right side facing.

﻿The ingot serial number 4186 is on the leading edge facing, the melt number 7 is on the top edge facing and the reverse is blank. 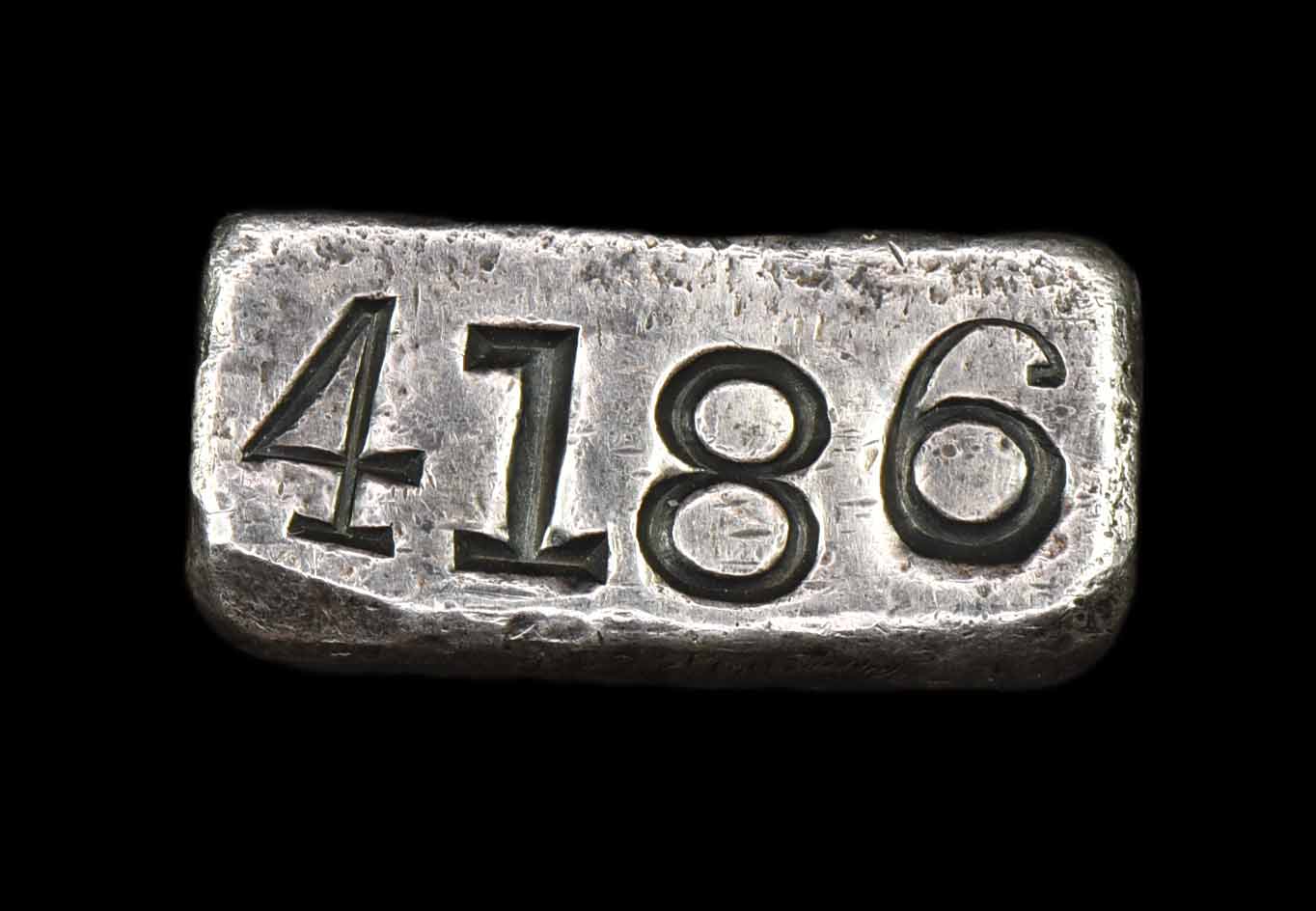 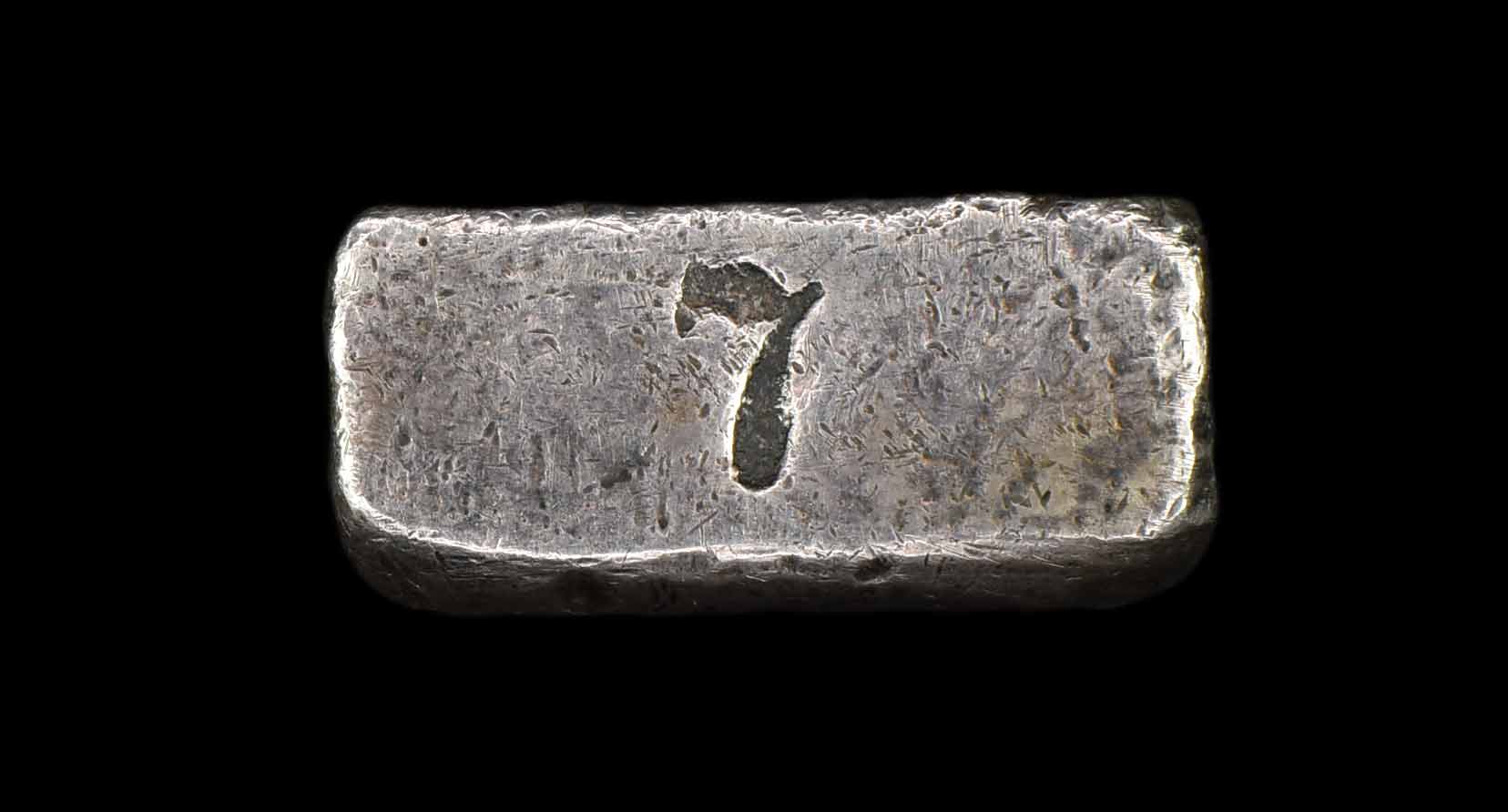 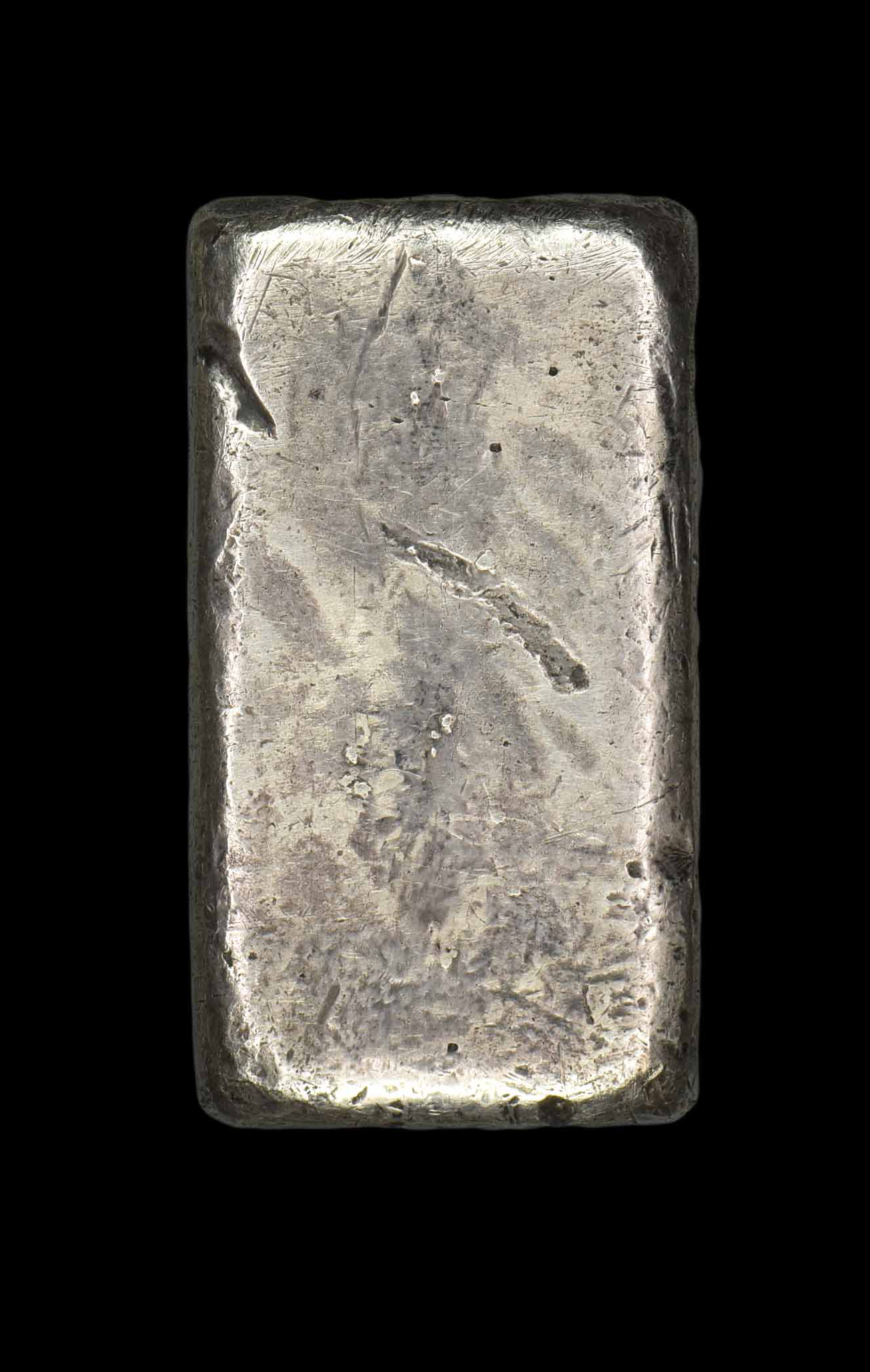