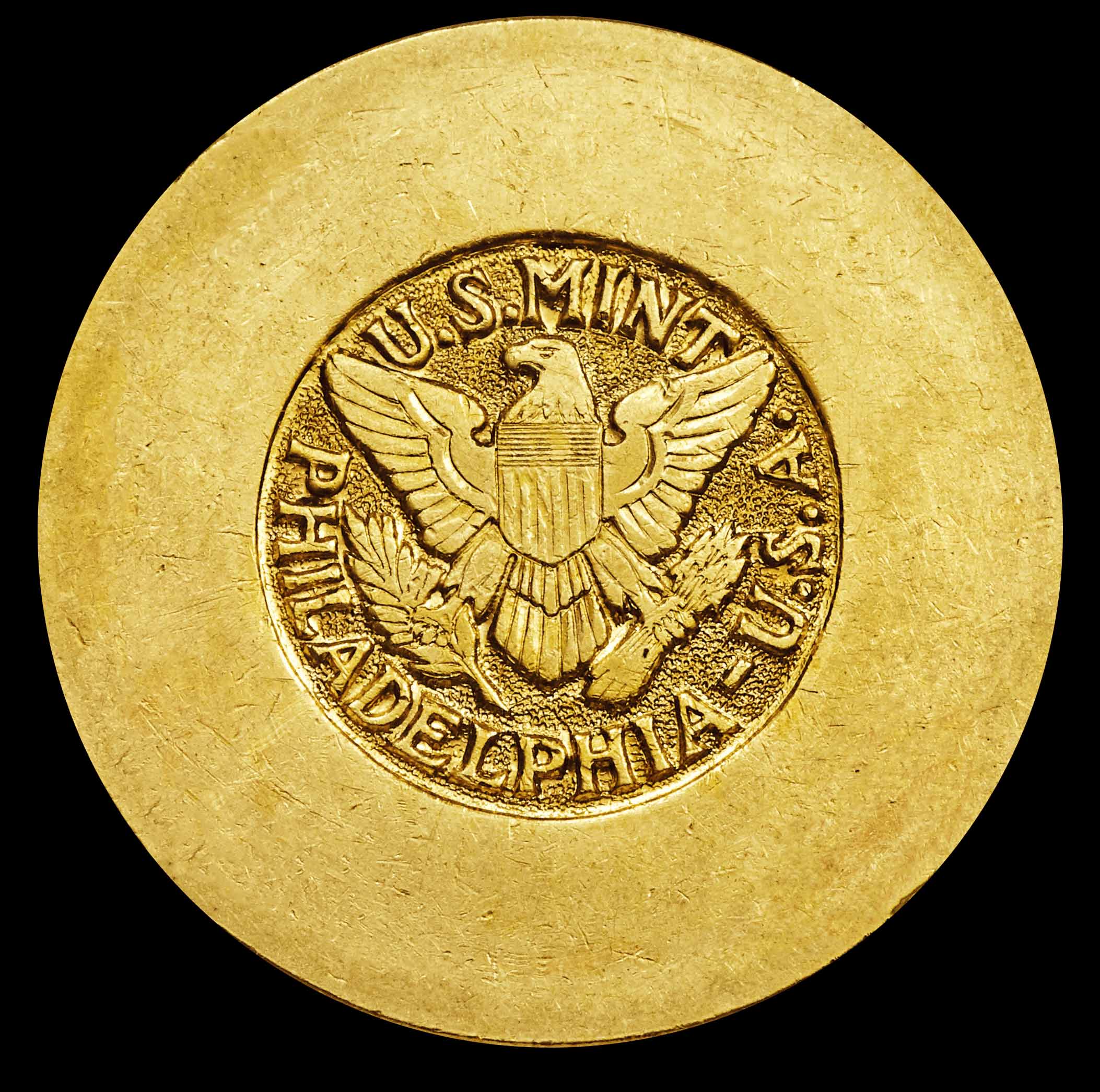 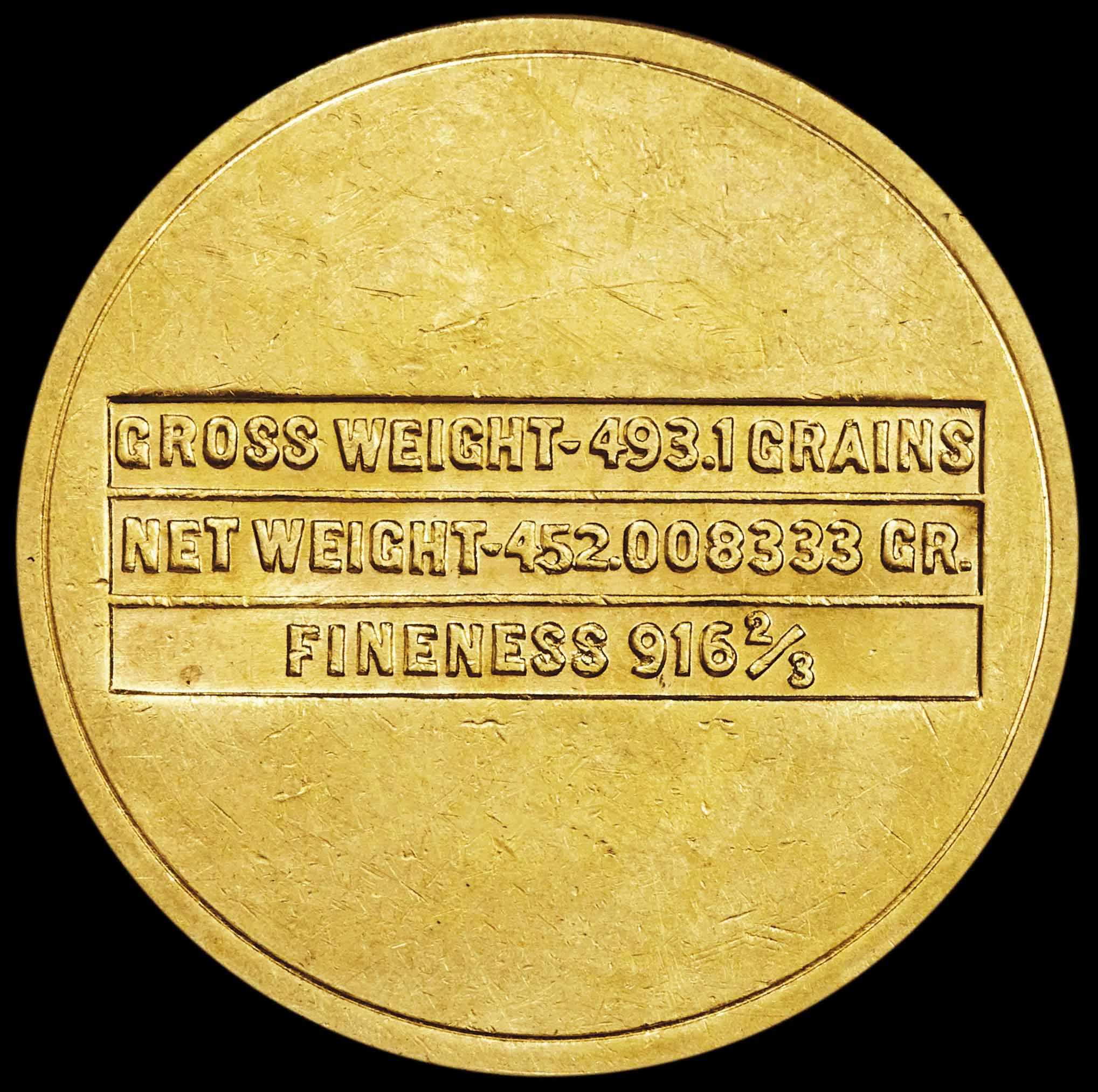 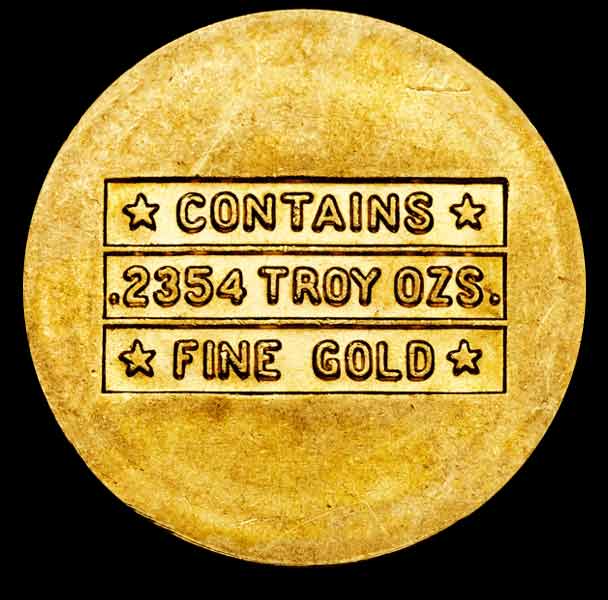 In 1959, the late numismatist Harry X Boosel wrote about the origin of these discs in The Numismatist,  the American Numismatic Association's publication, presenting both the results of his research and subsequent determination that these gold discs had been produced by the United States Mint Philadelphia for the Arab American Oil Company (ARAMCO) to pay for oil from Saudi Arabia. While not given credit for his work, Boosel's 1959 article is mentioned and summarized by Coin Week at https://coinweek.com/coins/news/unusual-items-us-mint-gold-disks-made-for-oil-payments-to-saudi-arabia/

Others have written over the years with differing or expanded opinions about their origin and purpose.  Wayne Homren,  Editor of the Numismatic Bibliomania Society's weekly e-publication, the E-Sylum,  provided a link to his article covering the writings of JP Koning at https://www.coinbooks.org/v21/club_nbs_esylum_v21n49.html#article21 In earlier E-Sylum articles, Wayne had also covered Boosel's writings, see https://www.coinbooks.org/esylum_v09n33a21.html

My interest is strictly related to the use of a hallmark similar to the Type III silver ingot and how it may help understand the history of hallmarks from the US Mint Philadelphia. Finding these gold discs did not help with hallmark research but they have become a spin-off collection interest of mine; you have to admire that hallmark even though it is gold!