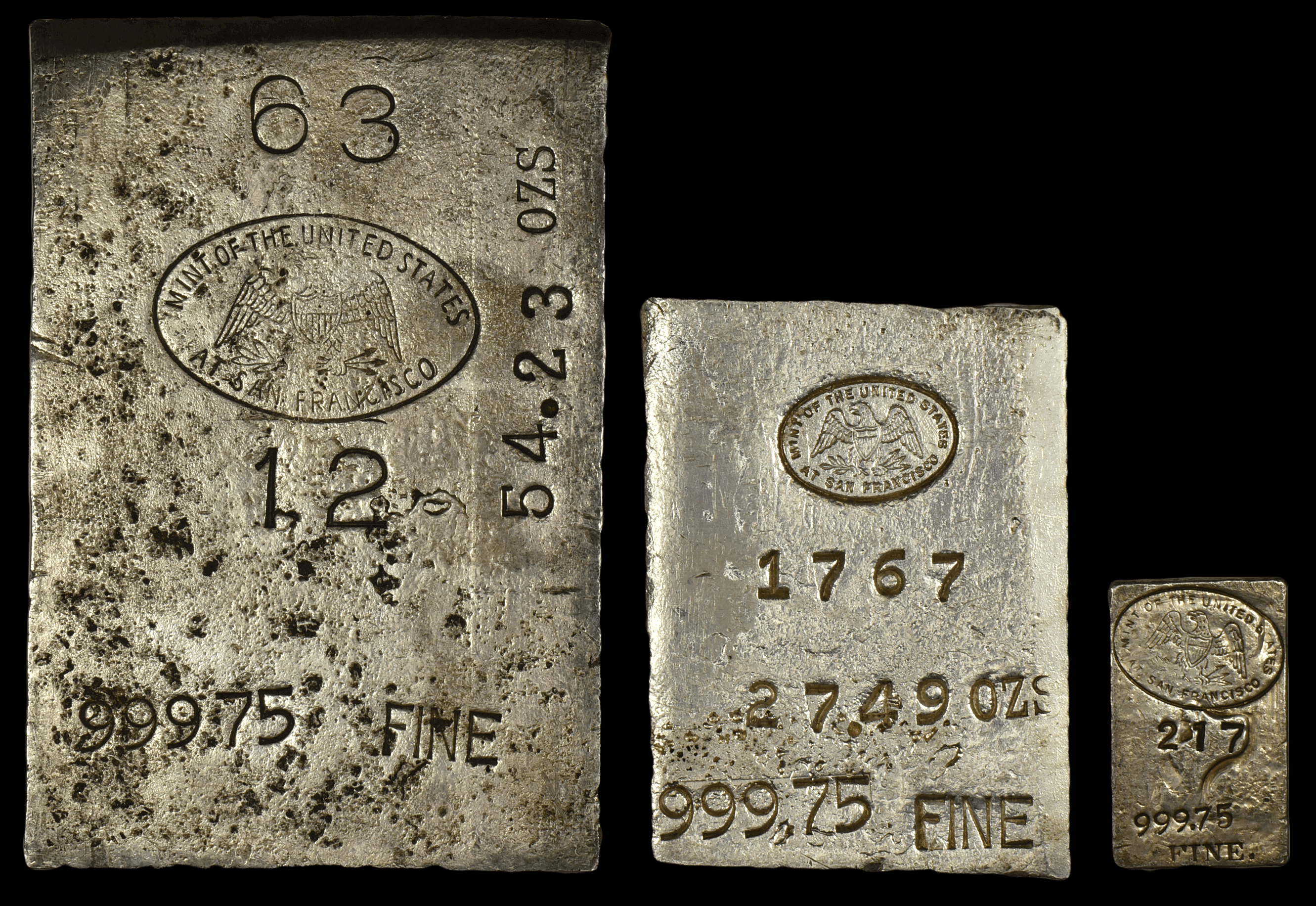 ﻿Mint Of The United States At San Francisco strip cast / sheared ingots tell us more of a story about themselves than any other oval hallmark series thanks to dates on at least 6 of the almost 50 examples in the registry. The No. 1 ingot is obverse stamped 1952; No. 477 is reverse dated 1954; and No. 1322, No. 1693, No. 1700 and No. 1738 are reverse dated 1955. I have copies of original paperwork showing silver scrap deposit, process payment and ingot delivery receipt for No. 1767 dated April 29, 1955, which confirms that these stampings are in fact dates and not some other mark.

Every example I've examined in hand or studied in photograph, has one or more sides evident of having been cut with a metal plate cutting sheer. Additional support for this comes with the thru cut reverse Type III hallmark that can be found on at least 4 of the almost 50 examples in the registry. 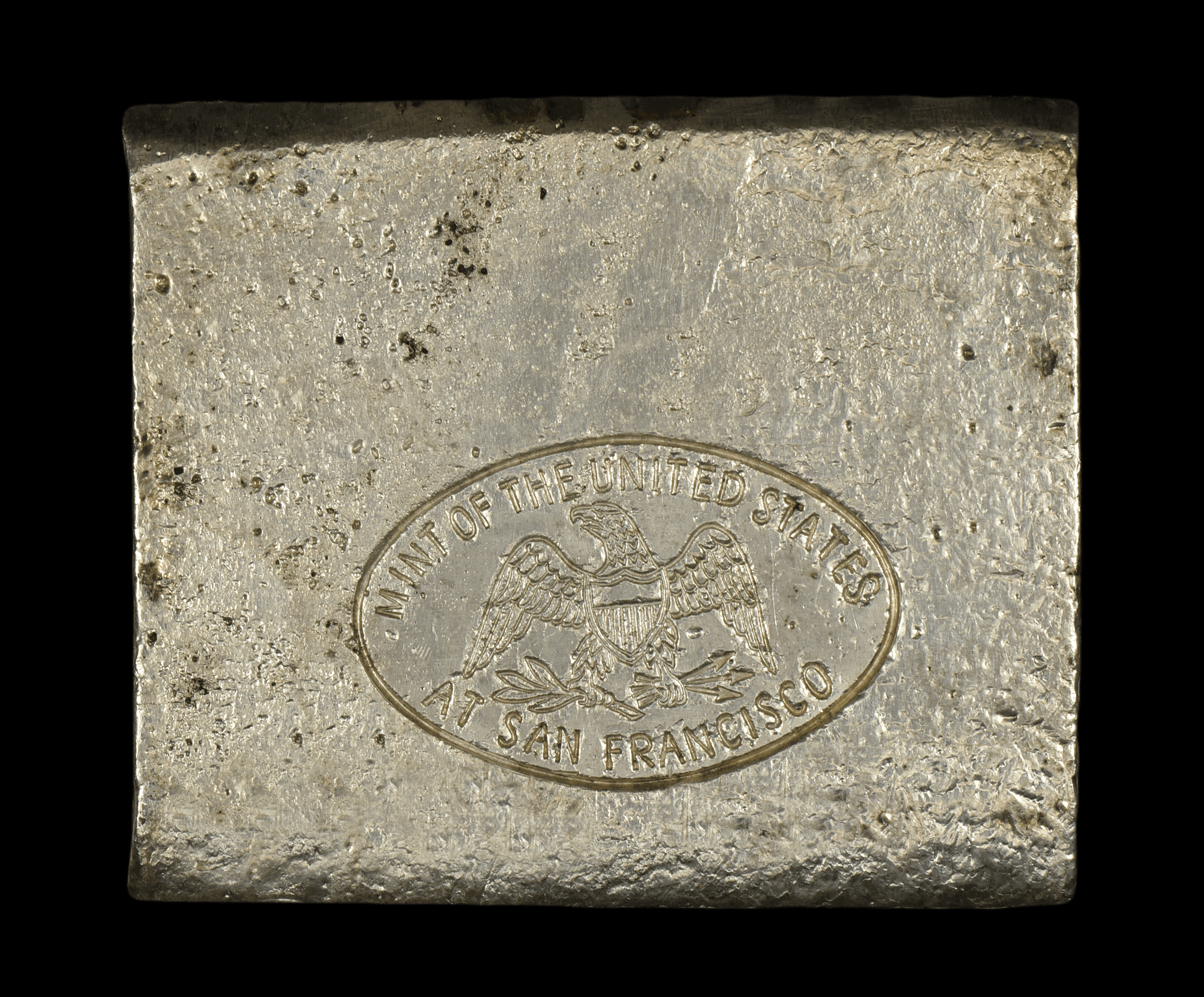 ﻿The following photographs show two more typical examples, one with reverse date and the other with a cut thru Type III Oval Hallmark. I have not been able to identify the secondary marking on the reverse of the first example. 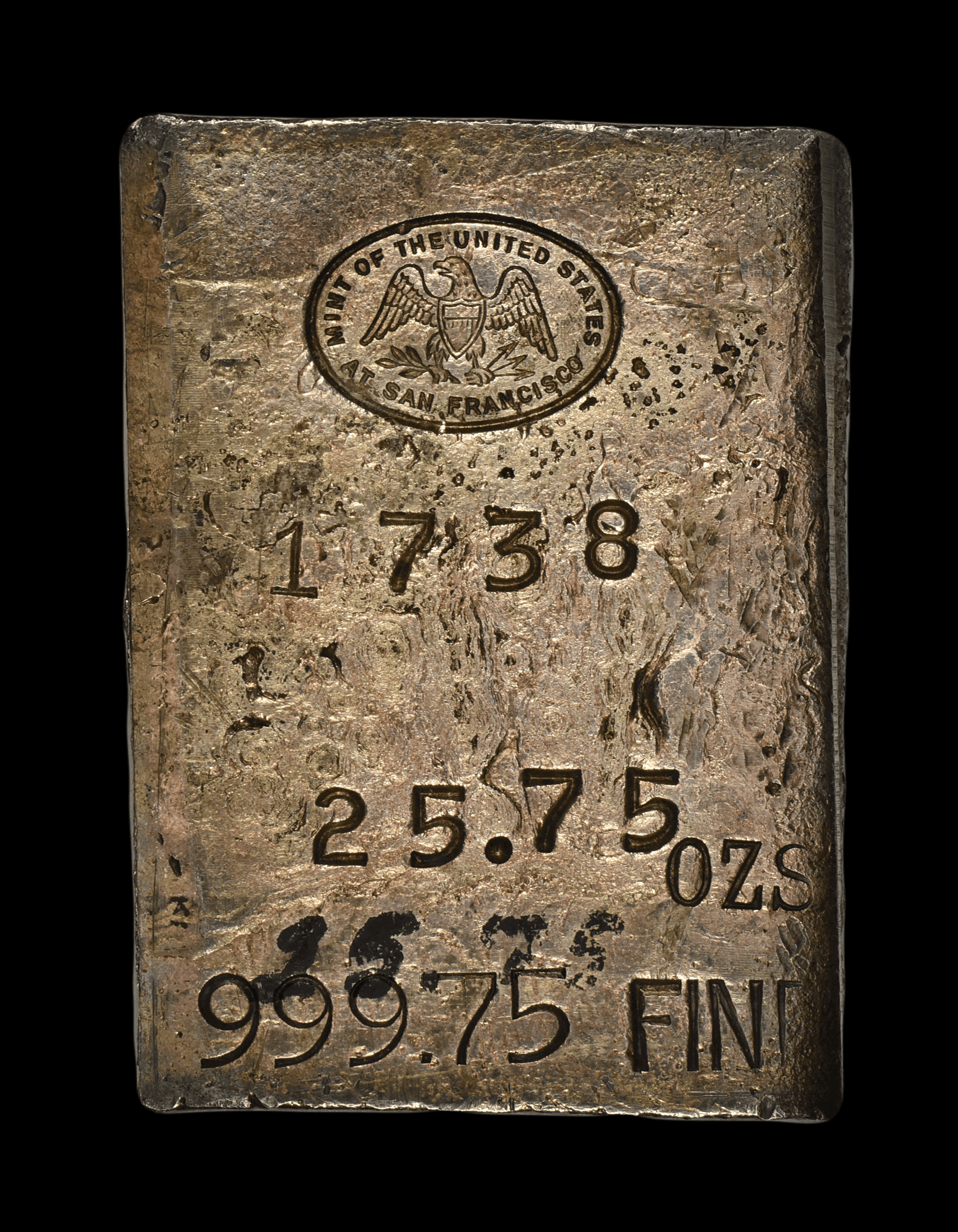 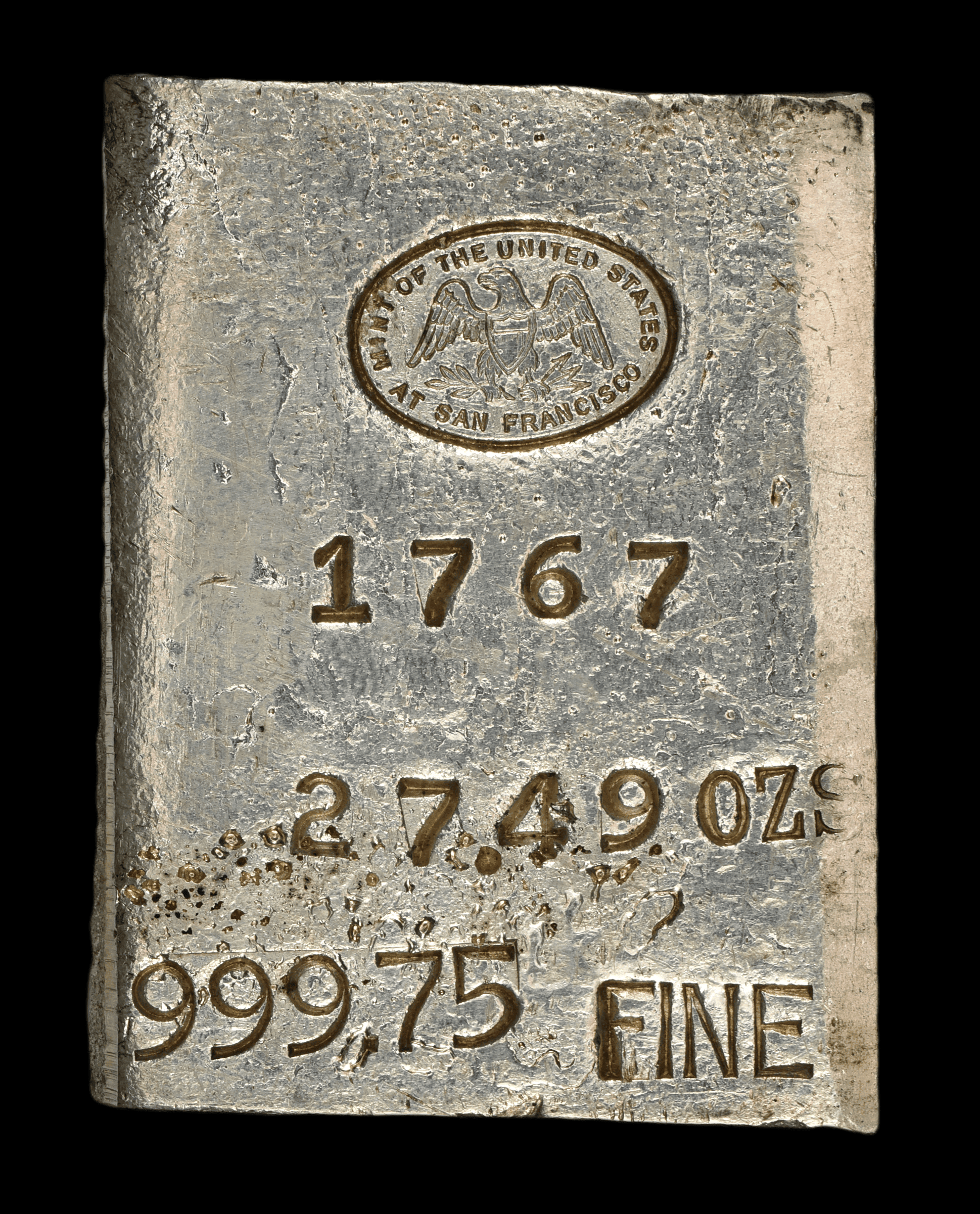 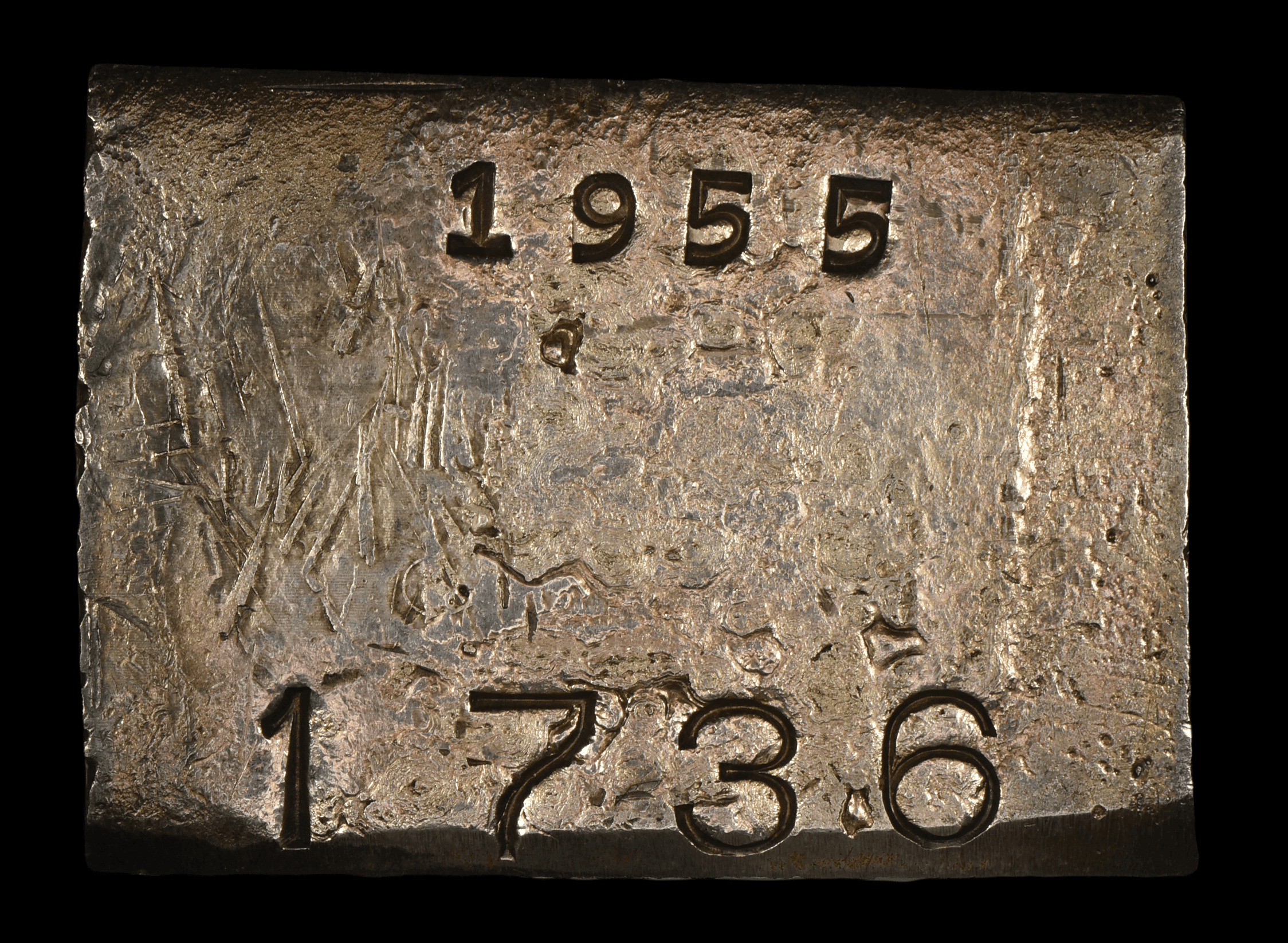 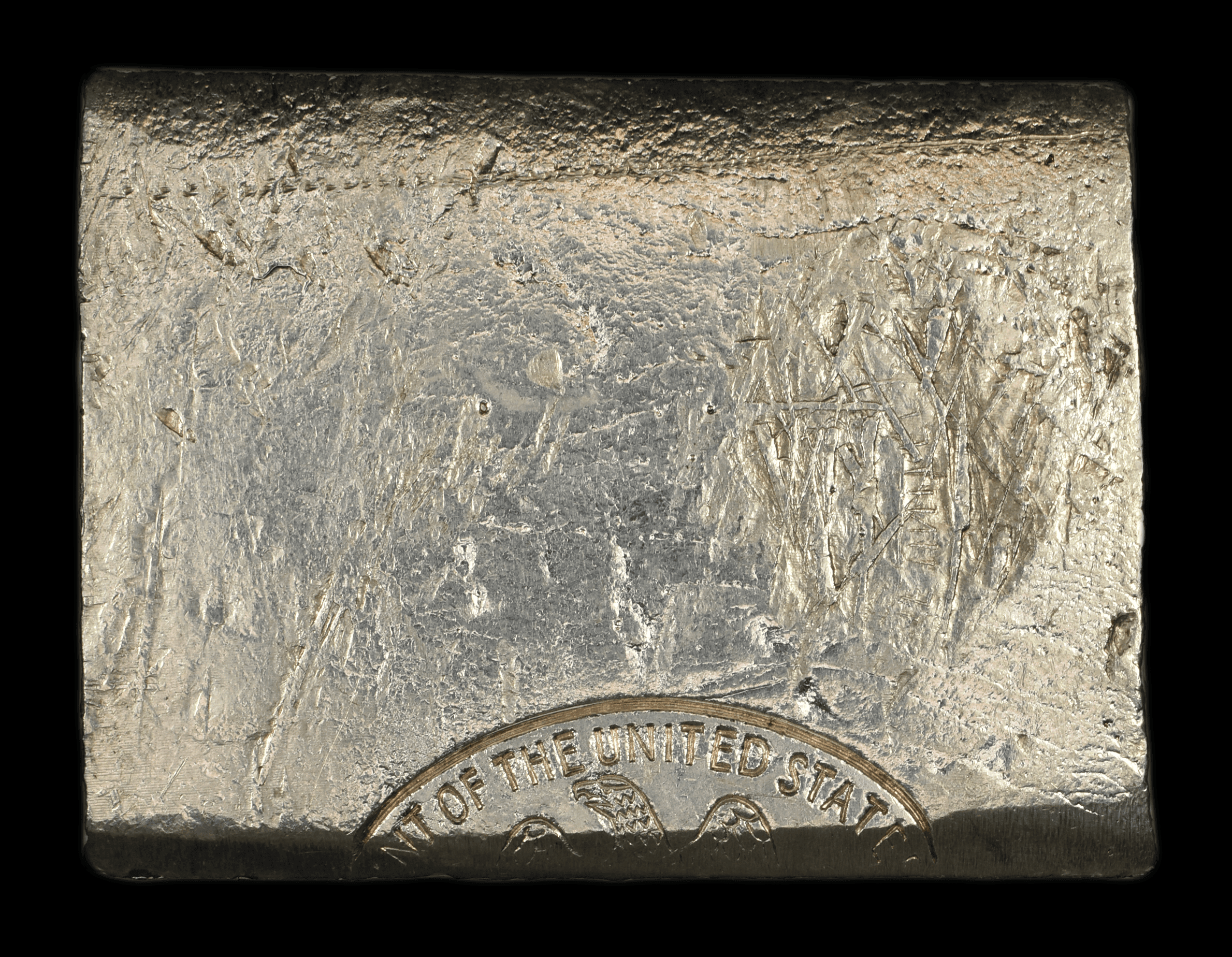 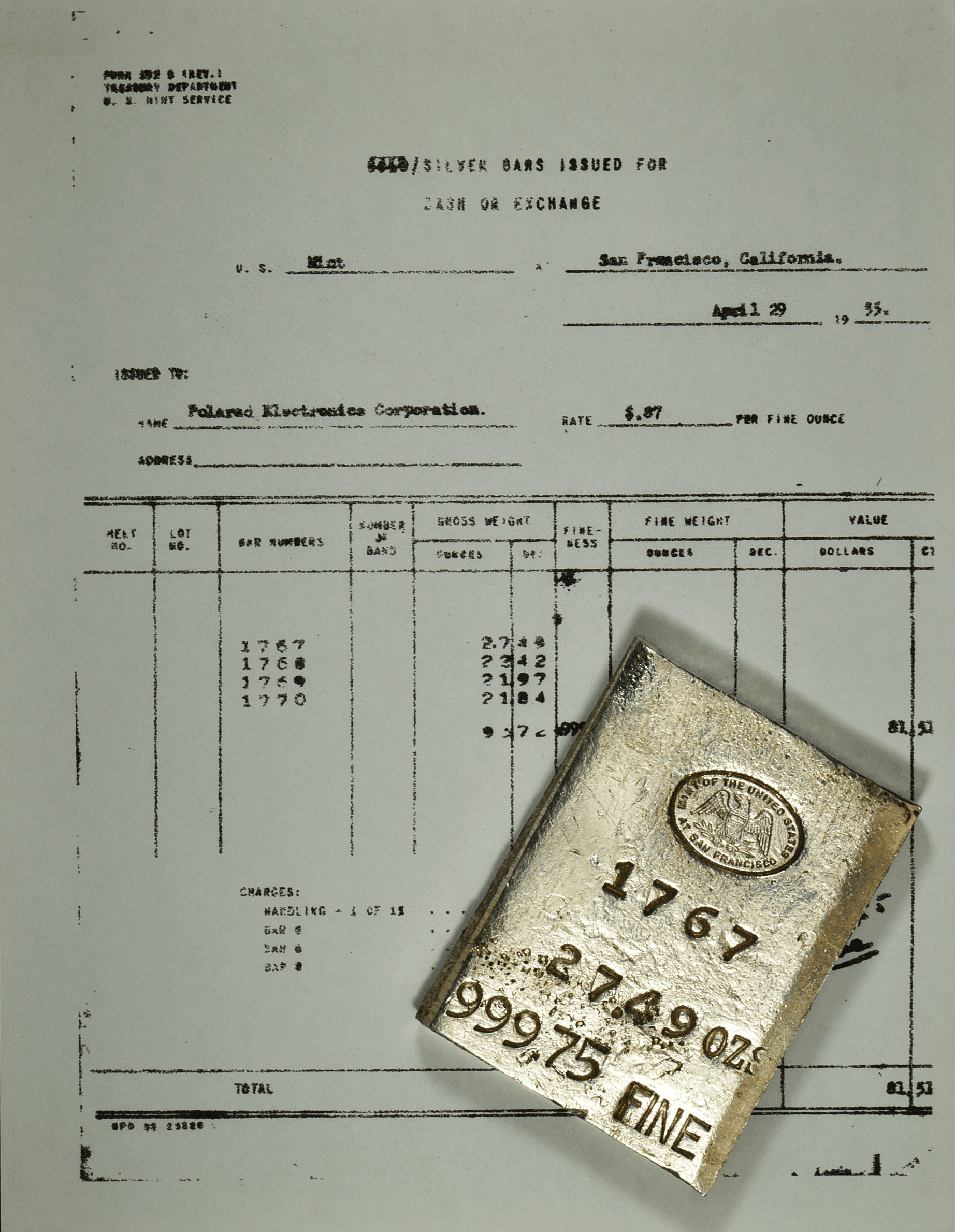